Who Are Vietnam’s Richest Business People

Who Are Vietnam’s Richest Business People

Vietnam has not only one but two billionaires in USD, along with some other seriously wealthy individuals. Here is Vietnam’s Richest Business People should keep an eye on. 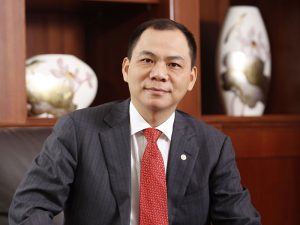 The founder and chairman of the giant conglomerate Vingroup, Pham Nhat Vuong is Vietnam’s first and richest billionaire. In 2013, Forbes named Vuong the first Vietnamese billionaire with a net worth of US$1.5 billion. His current net worth, according to Forbes, is a whopping US$4.2 billion.

Born in 1968 in Hanoi, Pham Nhat Vuong was able to secure a scholarship to study in Moscow. After graduation, he got married and moved to Ukraine with his wife. There, he started his first business, a Vietnamese restaurant. Then he began making instant noodles under the brand Mivina, something completely novel to the taste of Ukrainians, and it became an immediate success. When he sold his noodle company, Technocom, to Nestle in 2009, it was making US$100 million in revenue.

With the money from his business in Ukraine, Pham Nhat Vuong returned to Vietnam and invested in real estate, starting with Vinpearl Resort in Nha Trang in 2003, and Vincom Center Ba Trieu in Hanoi in 2004. Within a decade, Vietnam witnessed the rise of Vingroup as its largest and most efficient real estate developer. The conglomerate is now expanding into retail, logistics, agriculture, education, and healthcare, making Pham Nhat Vuong the richest man in Vietnam. 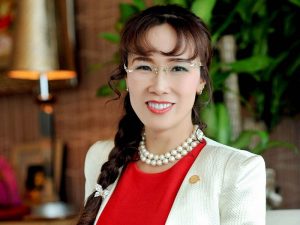 Nguyen Thi Phuong Thao was named Vietnam’s second billionaire by Forbes in March 2017 with a net worth of US$1.2 billion, after her budget airline, Vietjet Air, went public in February. She is the first self-made female billionaire in Southeast Asia and remains on Forbes’ list of the 100 most powerful women in the world. Her current net worth is US$2.3 billion.

She also started her success with a scholarship to Moscow, and while still in university, she began trading consumer goods between the then Soviet Union and Japan, South Korea, and Hong Kong and made her first million dollars at 21.

Returning to Vietnam, she first invested in finance and real estate through Sovico Holdings, a company owned by herself and her husband. She was one of the founders of Techcombank and VIB and is currently vice chairman of HDBank. Sovico Holdings also owns Furama Resort Danang and two other resorts in Khanh Hoa, and Ho Chi Minh City’s Dragon City project.

However, Nguyen Thi Phuong Thao is best known for being the CEO of Vietjet Air. She launched the airline in 2011 with a successful advertising campaign featuring bikini-clad flight attendants. It is the first private airline allowed to operate in Vietnam, and after five years it has gained 40 percent of the country’s flights. 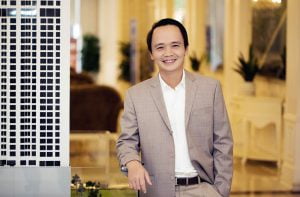 A newcomer in the real estate scene in Vietnam, FLC Group’s chairman Trinh Van Quyet is in fierce competition with Pham Nhat Vuong for the number-one spot in the list of richest people on Vietnam’s stock exchanges. He started his first business, a tutoring center, while attending Hanoi Law University, and then moved on to trade mobile phones. Upon graduating, he founded an investment consulting firm, which later became SMiC Law Firm in Hanoi, with offices in HCMC and Singapore.

FLC Group was established in 2010 and quickly made its name as an investor in many large-scale projects, such as its popular resorts in Sam Son, Thanh Hoa, and Quy Nhon, Binh Dinh. However, parts of these projects were constructed without a proper licensing process, leading to unregulated use of forest land, as later found out by the Ministry of Construction. 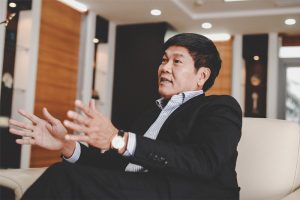 Tran Dinh Long is the chairman of Hoa Phat Group, a conglomerate in the steel industry, and this earned him the nickname “King of Steel”. He is the third-richest person on Vietnam’s stock exchanges. He has been with Hoa Phat since the 1990s and turned it into one of the largest and most profitable companies in the steel industry, producing 21 percent of Vietnam’s steel market in 2016, according to the Vietnamese Steel Association. The company’s profit in 2016 was almost US$300 million. 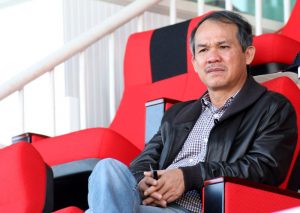 Doan Nguyen Duc became one of the richest people in Vietnam around 10 years ago when Hoang Anh Gia Lai was listed in 2008. In the same year, he bought the US$7.5 million Beechcraft King Air 350, realizing his childhood dream of having a private airplane.

He started a small business making students’ chairs and desks in 1990, after four failed attempts at entering a university. Hoang Anh Gia Lai JSC was established in 2006, as the business expanded into other industries such as minerals, hydropower, rubber, real estate, and football. Since 2015, however, Hoang Anh Gia Lai has been facing losses and big debts, and falling stock prices. Doan Nguyen Duc had to sell his shares, and now only owns 35 percent of the company but still is among Vietnam’s Richest Business People.

The Bloomberg Billionaires Index recently named Nguyen Dang Quang, chairman, and co-founder of consumer conglomerate Masan Group, the third internationally recognized Vietnamese billionaire, with a net worth of US$1.2 billion. Quang was born in Quang Tri and spent many years in Russia. He has a doctorate in technical sciences from the National Academy of Sciences of Belarus, and an MBA from Plekhanov Russian Economic University.

He was Deputy Managing Director of Techcombank from 1995 to 1998 and Vice Chairman of Techcombank from 1999 to 2000. He founded Masan Investment JSC, an instant noodle and chili sauce producer in Russia, together with Ho Hung Anh in 1996. In 2001, he moved his focus back to the domestic market. Masan Group is now one of the top food brand owners in Vietnam.

Click Here to see who are the Most Popular Vietnamese Celebrities