Home » How Safe or Unsafe are Laughing Gas Ballons on Bui Vien?

How Safe or Unsafe are Laughing Gas Ballons on Bui Vien?

How Safe or Unsafe are Laughing Gas Ballons on Bui Vien?

All along Bui Vien, bar owners are armed with Laughing Gas Balloons. With a constant influx of young travelers eager for adventure and excitement, Bui Vien is notorious for its debauched, chaotic, and often messy nights.

Every night of the week the strip of bars along Bui Vien and neighboring roads De Tham, Pham Ngu Lao, Cong Quynh, and Do Quan Dao transform into a swamp of drunken tourists, and grizzled ex-pats and countless locals all reveling in the mayhem of Saigon’s strangest and most libertine hot spot. Alongside the cheap beer vendors and dealers peddling marijuana and hard drugs is another, conceivably safer option for inebriation.

They use these to blow up balloons full of nitrous oxide, more commonly known as laughing gas, and often used as an anesthetic, for their tipsy customers. Some establishments even have their own medical-grade tanks of the gas, providing gargantuan doses for a buck or two.

The party animals of Bui Vien agree – everyone we spoke to said they consider the gas benign, harmless, fun, and temporary. And on the face of it, they’re right: the effects are short-lived. It’s just a minute or two of hallucinatory sedation and then… back to normal. But are there really no negative health effects of laughing gas? 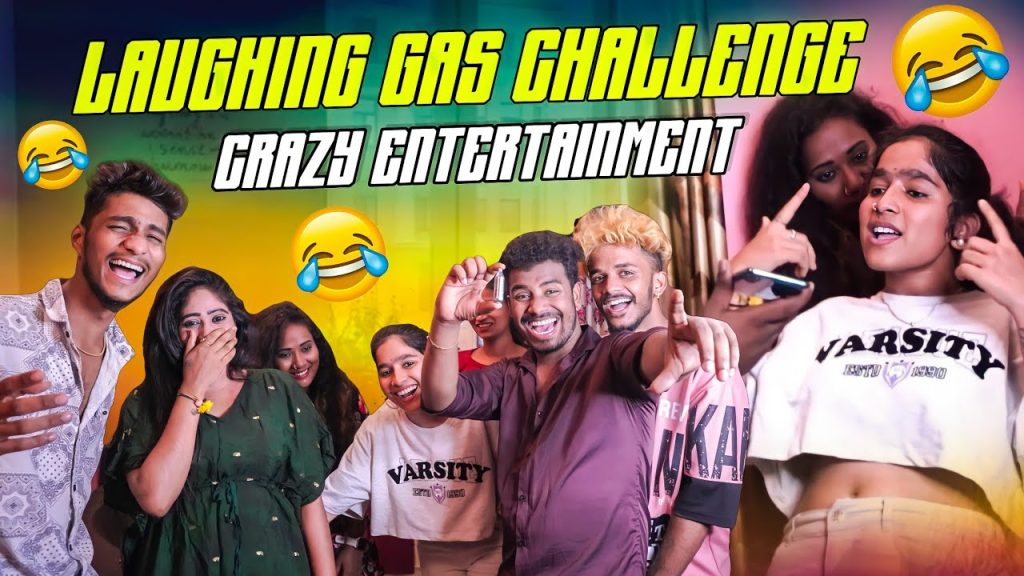 Are laughing gas balloons as safe as it seems?

With its medical reputation, nitrous oxide is not stymied by the same stigma as any of the ‘real’ drugs available on Bui Vien. However, the truth is actually quite different: evidence shows that habitual use of laughing gas causes very real mental and physical health problems for many people.

Dr. Robert J. Hedaya, the author of Psychology Today, was shocked by the effects of laughing gas on the psychology of users. He writes, “I was wandering around the internet last night, looking for scholarly articles on something called ‘methylation pathways’, when I came across a very disturbing article on the potentially quite toxic interaction between nitrous oxide (N2O) and certain states of B12 deficiency.”

He continues: “[…] The methylation pathway I refer to above is a fundamental biochemical pathway occurring billions of times per second in the human body. It’s like the dollar bill of our economy – it keeps things moving. Methylation plays a key role in the building up and breaking down of molecules.”

So, laughing gas balloons can impact B12 activity if the user is deficient in this vitamin. Dr. Hedaya goes on to elaborate on these complications. Toying with these chemicals can ultimately affect the brain processes that make us happy, sane, healthy, and even youthful.

When told about the risks, most users were shocked. No one we spoke to had been warned about the effects of nitrous oxide; many swore never to touch it again and almost all were visibly angry that a drug that had been marketed as harmless had the capability to permanently affect their bodies and minds.

The reality is, even the light use of laughing gas can cause damage in subtle but severe ways. Dr. Nam Nguyen Canh of Victoria Healthcare told us, “Nitrous oxide inactivates cobalamin (vitamin B12). Its use in anesthesia or its abuse as an inhalant may precipitate rapid hematologic and neuropsychiatric deterioration in vitamin B12-deficient subjects.

And perhaps most frightening: Dr. Nam continues, “Deficiency in vitamin B12 (cyanocobalamin) leads to the degeneration of the dorsal and lateral white matter of the spinal cord, producing a slowly progressive weakness, sensory ataxia, and paraesthesia, and ultimately spasticity, paraplegia, and incontinence.

“Prolonged use may produce neurologic dysfunction; patients with vitamin B12 deficiency (pernicious anemia) and those with other nutritional deficiencies (alcoholics) are at an increased risk.”

Is it worth the risk?

Taking part in the giant canisters of medical-grade nitrous oxide may seem like an exciting diversion, but the reality is far riskier. We spoke to bar owners who chose to keep their anonymity. They have stated that they’ve seen regular users act violently and experience noticeable personality shifts.

Anecdotally, they told us that they’ve seen even casual users have sometimes experienced anxiety, depression, and hypertension. Such behavior is consistent with the psychological damage caused by N2O abuse. Irrational and aggressive behavior are just some of the possible symptoms that can result from a disruption to methylation effectiveness.

Laughing gas balloons is legal in Saigon. It is easily available and there are entire bars devoted to the inhalation of N2O. It is seen as acceptable, safe, and fun. The misconception of its safety is a myth that only education can defeat. Despite the risks, the selling of these balloons continues unabated.

For a technical view of nitrous oxide effects, and its associated direct and long-term effects, read this.

On the contrary and to keep things balanced, we must report on the fact that researchers have discovered in 2021 that a single one-hour treatment involving breathing a mixture of oxygen and nitrous oxide can improve symptoms in patients with hard-to-treat depression.

Watch this short video to see the consequences of the heavy use of laughing gas balloons.

previousVietnamese Language Personal Pronouns Use is Challenging
nextFind out if Vietnamese Food Really is Healthy or Not?