A O SHOW TAKE FOUR: HOW GOOD IS TEH DAR?

For a quite a while now, Lune Production’s internationally acclaimed A O Show is no insider tip, and instead one of Vietnam’s most famous entertainments. This cultural show combines an authentic Vietnamese experience with acrobatics, dance, music and a visit of Saigon’s and Hanoi’s opera houses, making for a constant crowd puller.

Established in 2012, Lune Production has come up with three different versions of the show in Ho Chi Minh City: the original A O Show, The Village and The Mist. Since August 2016, a fourth show has been added to the programme: The Teh Dar Show. 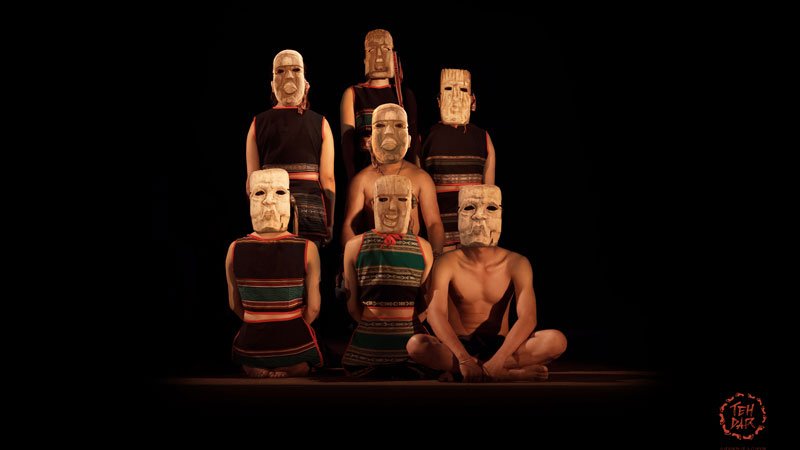 Distinctly different from the productions that have come before, this show displays the life and customs of the ethnic tribes in Vietnam’s central highlands. Two thousand people tried out for the show, but only 15 circus artists and 5 musicians from various ethnicities were chosen.

Teh Dar comes with the usual A O Show amenities designed to provide a great experience for its guests from start to finish: a highly professional service staff as well as free flowing peach and lemongrass ice tea and candied ginger before the performance.

The Teh Dar audience, however, is quite different from the average opera crowd: elephant trousers, white socks and flip flops abound. This is an event catered not only to residents but also – and above all – to Ho Chi Minh City’s many tourists. Besides the show, there’s another draw to this Teh Dar: the Saigon Opera House is open to the public only on the occasion of an event, so in addition to an entertaining performance, a trip to Teh Dar will also complete your city sightseeing tour. 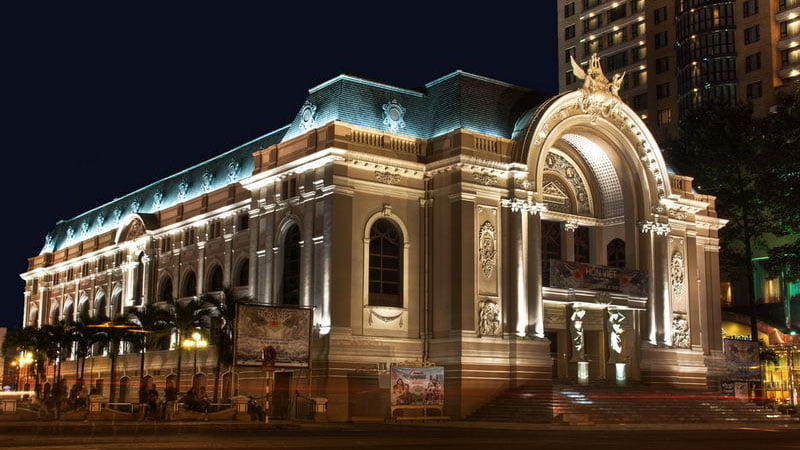 When the light goes out, the artists enter the room in a procession that immediately immerses the audience into the show’s theme. The ethnic clothes, tribal sounds and minimalist-yet-metaphoric stage design outline the setting of the upcoming 60 minutes. “Teh Dar” itself is roughly translated as “going in a circle”, and the circle is indeed the all-dominant symbol throughout the show.

The opening scene alone is worth the money: an action-packed acrobatic hunting scene paired with thundering drum rhythms. From there, the show alternates between atmospheric scenes, romantic and spiritual interludes, funny vignettes, incredible stunts and daring feats. However, throughout these various elements, there’s no forgetting what this show is all about: displaying the tribal life in the southwestern highlands of Vietnam. 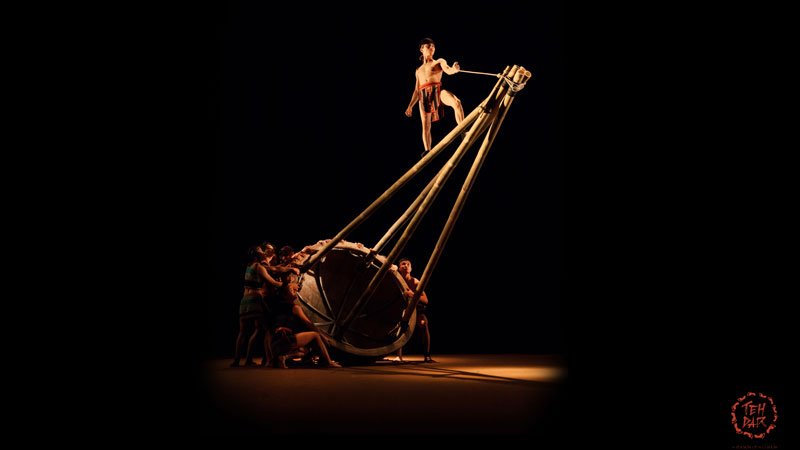 The show ends as it started: with a procession, although this time it’s more joyful. The whole crew, singing and playing music, gathers in the lobby and invites people to take pictures with them. It’s the perfect ending to an hour of spectacle, suspense, wit, beauty, authenticity, romance, spirituality and, above all, genuine Vietnamese character.

The Fine Art of Entertainment

The show’s creators Tuan Le, Nguyen Nhat Ly, Nguyen Lan Maurice and Ngo Thanh Phuong are veterans in producing top-notch entertainment. The mere attendance figures prove this each and every night. And how often does it happen that a show not once bores you?

Traditional depictions never become stereotypical, modern elements are implemented without spoiling the show’s authenticity, and most of all: they know how to keep the balance between fast-paced and slow-paced scenes, individual and group performances, spectacle and artistic value. 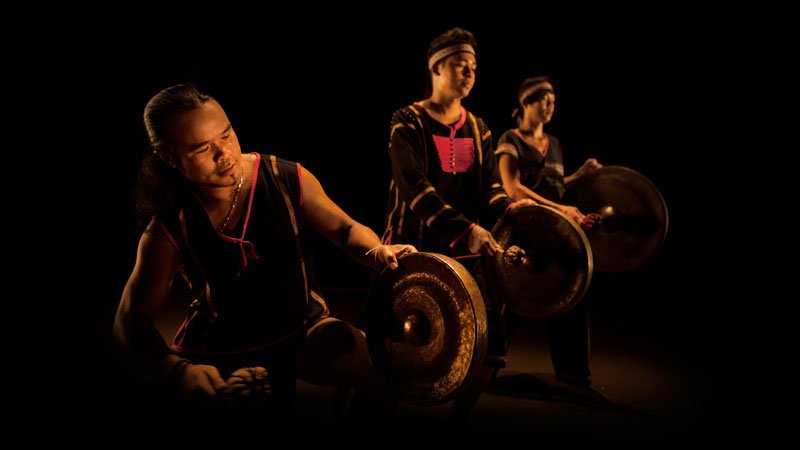 Teh Dar might be the most mature among the four A O Shows. The quality of the musical performance is beyond reasonable doubt. Traditional instruments like steel-drumish gongs, a sitar-like instrument called Goong, buffalo horns and massive elephant drums meet a modern arrangement that at times reminds one of a street jazz combo.

Anything to Moan About?

If there’s one thing to criticise, it’s the fact that the show doesn’t provide the audience with a booklet that gives credit to the artists and creators. It would have been nice to get concise information on the cultural foundations of what I had seen. But really, stop moaning, you!

What Do People Say?

Saigon’s A O Show is ranked first in the category Concerts & Shows on TripAdvisor with an average rating of 4.5 out of 5 points. A 27 out of 30 reviews of the Teh Dar Show give it full marks; and I honestly haven’t met a person who was disappointed by any of Lune Production’s events. Depending on the schedule, you might not be able to go to see the Teh Dar Show. Pick any of the others then – you won’t regret it. These shows are simply the best in town.

previousMAKING A MOONCAKE: LEARN TO COOK FOR FREE!
nextTOP 10 MOST FUN THINGS TO LEARN IN HCMC